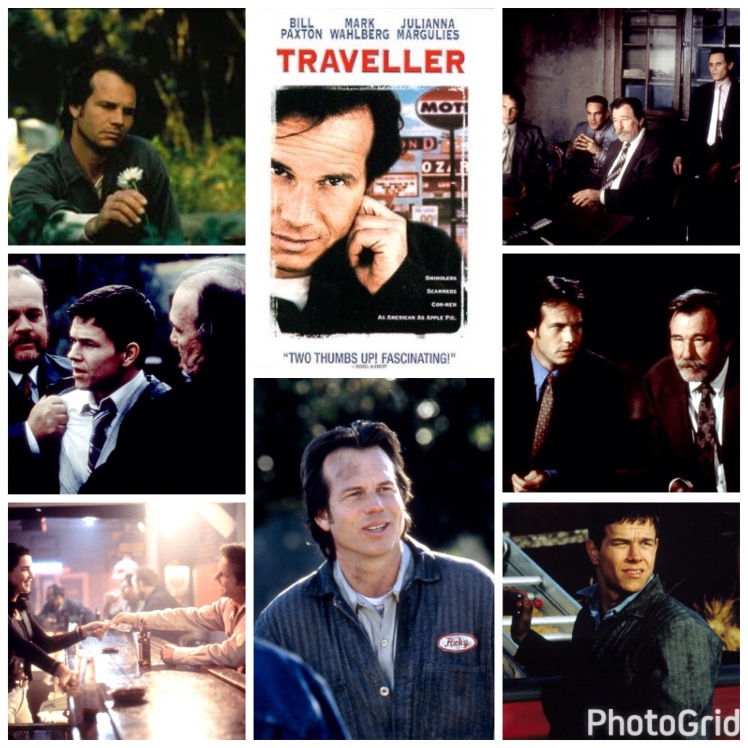 Films about con men can go a lot of ways. They can be intelligent with a worthwhile and earned payoff (2004’s Criminal), they can be hollow, nonsensical, all flourish and no gravity (2003’s Confidence) or deviate any which way from these examples. Traveller takes the quaint indie route, meaning I’m probably the sole person on the planet who has even heard of it, despite Marky Mark Whalberg appearing on one of the starring roles. It’s a shame because this is a bona fide gem, a low key little charmer with a roguish lead performance from Bill Paxton, a plot that gets cleverer the more you ruminate on it afterwards, and an easygoing style to it. Marky Mark plays Pat, a young man descended from Irish ‘travellers’, who are essentially gypsy hustlers and live as such in a sleepy North Carolina community. Pat wants to reconnect with his roots, but his kinfolk are a tribal bunch who don’t really fancy outsiders, however distantly related they may be. Cousin Bokky (Paxton) is the only one to take him under his wing, showing the ropes of a very specific, time honoured idiosyncratic lifestyle. Pat is young, cocky and sticks out like a sore thumb in Bokky’s world, who himself is weathered and moves about with ease and experience, slowed down by the dynamic which his young prodigy presents, and also looking for a way out of this life, and even romance with gorgeous Julianna Margulies. As light as these proceedings are, the film doesn’t fail to show the give dangers that being a con man puts them face to face with. It’s all fun and games until… well until it isn’t, and we get to see some of that ugliness rear it’s head, for without it there would be no stakes. Joining them is grizzled and now deceased character actor James Gammon, playing a salty veteran grifter who crosses their paths more than a few times, causing as much trouble in the process. I’ve not a clue how close to real life fact and tradition this film gets, but I imagine fairly on the nose, as it just has that notion that it knows what it’s doing, it’s researched, capable, and does it all with ease and enjoyment.